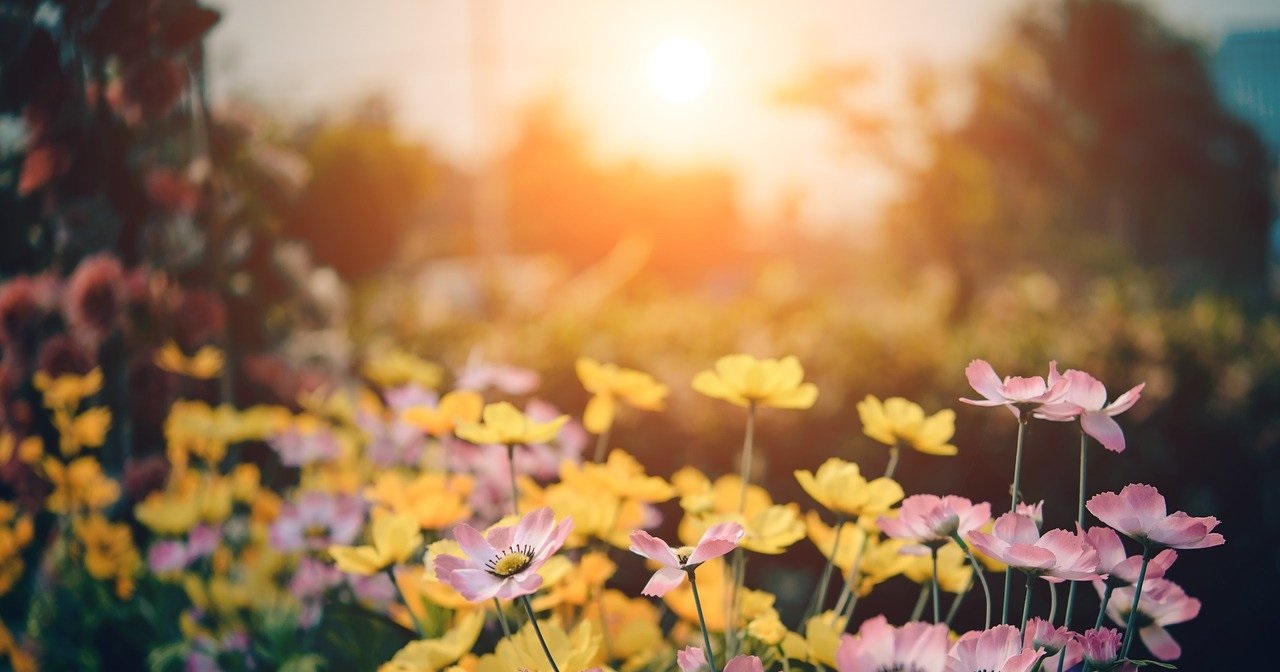 Whether the problem is in health, wealth, arguments between the husband and wife, magic, Jinn possession, or even problems in work there are some recommendations that if acted upon can be effective in removing the problem, insha’Allah.

People run from one side of the earth to the other to solve their problems.  They visit a countless number of scholars, send emails, go for counselling, do all sort of things to try and solve the problem that’s causing them hardship. Yet despite all their efforts, they may not have focused on the key points mentioned in this article which can help in most, if not all bad situations.

How many people suffering from major problems do not have proper knowledge of who Allah is.  They follow practices from other religions, that have been falsely attributed to Islam and have beliefs which oppose the belief of the Prophet (salla Allaahu ‘alayhi wa salaam) and his companions.

Allah says (translation of the meaning)

“. . . And let those who oppose the Messenger’s commandment beware, lest some fitnah (trial, affliction, etc.) befall them or a painful torment be inflicted on them.”  (Al-Nur 24:63)

Note that an evidence is something which Allah has said i.e., something from the Qur’an, or something that has been authentically proven that the Prophet (salla Allaahu ‘alayhi wa salaam) has said. So, for everything you are doing go back and ask yourself “Is this in accordance with the sunnah?”

Tawbah is an absolute key when it comes to removing and getting rid of calamities and problems that people suffer from. Some people say things like “Alhamdulillah I don’t do that many sins” but the person who says this should recognise that every one of us commits sins in the day and night.

So, start by recognising that you and I are servants of Allah who sin in the day and night.  This means really looking at your life and honestly saying “what sins am I doing?” and if you look hard enough you will find plenty of sins, a lifetime of sins that you can correct.

We asked him about that and he said: “This is not my personal opinion, for Allaah says in Soorat Nooh (interpretation of the meaning): ‘Ask forgiveness from your Lord, verily, He is Oft‑Forgiving; He will send rain to you in abundance. And give you increase in wealth and children, and bestow on you gardens and bestow on you rivers.” (Tafseer al-Qurtubi, 18/301-302)

Do not neglect this excellent means of a cure for problems.  Sincere repentance is where you admit the sin you have done, you stop doing it, you feel regret for having done it, and you make an intention to never do it again, and if the sin you committed involved the violation of someone’s rights you repay that right and you make up that right.  That is sincere Tawbah, along with Istighfar, saying Astaghfirullah.

“See they not that they are put in trial once or twice every year (with different kinds of calamities, disease, famine)? Yet, they turn not in repentance, nor do they learn a lesson (from it)”

Taqwah is a beautiful word.  To give an example of what Taqwah means linguistically – if a glass has smashed on the floor, and you go and put your shoes on so the glass does not cut your feet whilst you are sweeping the glass up this is linguistically Taqwah.  Putting a barrier between you and something you fear.  In Islam, Taqwah is putting a barrier between you and the anger of Allah and His punishment, and His curse in the hellfire. 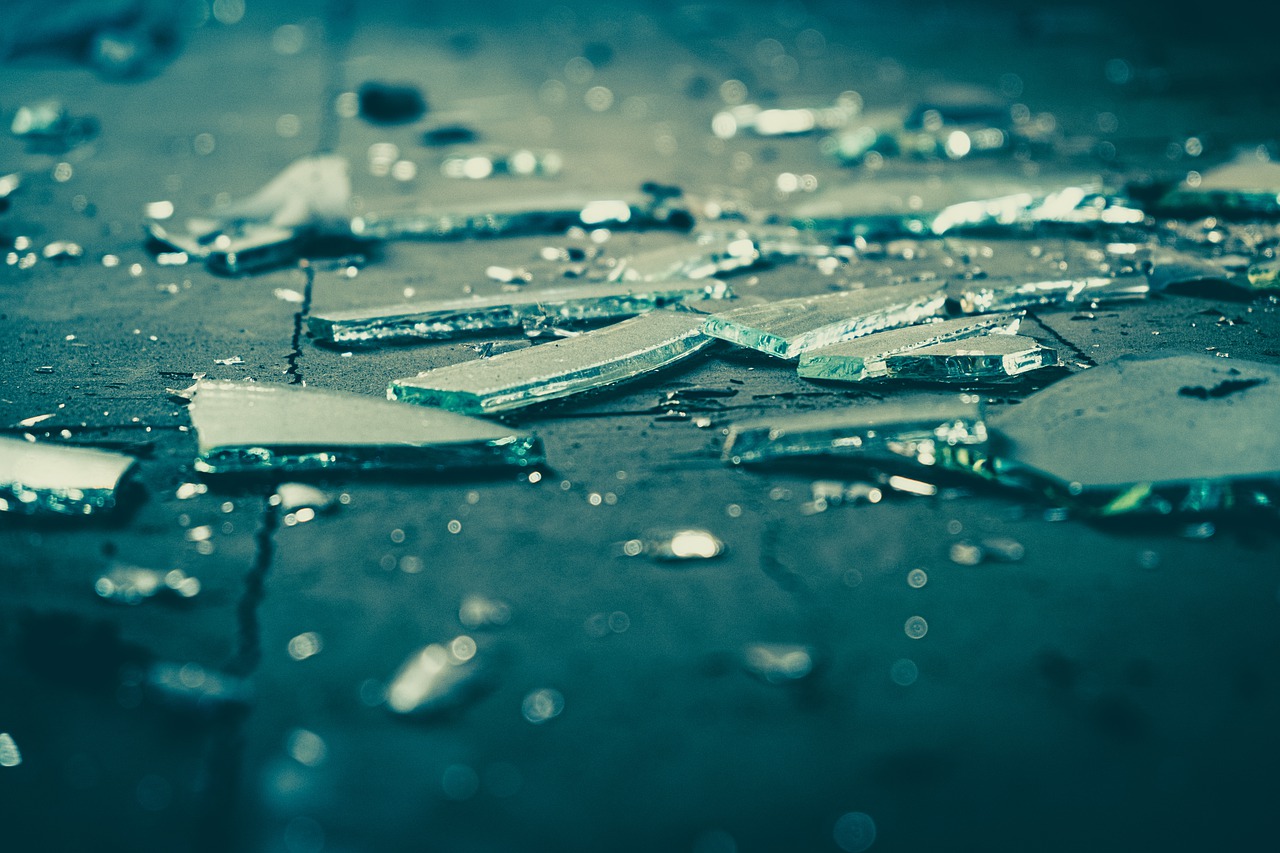 How do we make a barrier to protect us from the anger of Allah, and His punishment, and His curse in the hellfire? what barrier is there that is protective against that?

Allah says (interpretation of the meaning):

“And whosoever fears Allah and keeps his duty to Him, He will make a way for him to get out (from every difficulty). And He will provide him from (sources) he never could imagine.” (At-Talaq 65:2-3)

“No doubt! Verily, the Awliyaa’ of Allaah, no fear shall come upon them nor shall they grieve. Those who believed, and used to fear Allaah much (by abstaining from evil deeds and sins and by doing righteous deeds)”

It was narrated by al-Bukhaari in his Saheeh (5/2384) from Abu Hurayrah, who said:

“The Messenger of Allaah (peace and blessings of Allaah be upon him) said: Allaah said, Whoever shows enmity towards a friend (wali) of Mine, I declare war against him. My slave does not draw close to Me with anything more loved by Me than the religious duties that I have enjoined on him, and My slave continues to draw close to Me with supererogatory (naafil) acts, so that I will love him. When I love him, I am his hearing with which he hears, his seeing with which he sees, his hand with which he strikes and his foot with which he walks. Were he to ask [something] of Me, I would surely give it to him, and were he to ask Me for refuge, I would surely grant him it.”

So it is absolutely essential that we strive with regards to At-Taqwah in all of the problems that happen.  Look for duas that are from the sunnah, not ones that got made up by somebody, but ones from the Authentic sunnah, that relate to your issue, anxiety, depression, family troubles, or marriage problems, Ruqya and so on.  There are plenty of Adhkar and dua that the Prophet (salla Allaahu ‘alayhi wa salaam) used to do for every kind of issue and problem.  Some of the Sunnah duas are general for every problem, whilst others are specific for particular kinds of problems.

And [mention] the man of the fish [i.e., Jonah], when he went off in anger and thought that We would not decree [anything] upon him. And he called out within the darknesses, “There is no deity except You; exalted are You. Indeed, I have been of the wrongdoers.”

So We responded to him and saved him from the distress. And thus do We save the believers.

Prophet Ayyoob (AKA “Job” – peace be upon him), was rich, happy, had many children, he had farms, cattle, he had everything he needed, and Iblees was jealous. Allah Azzawajal wanted to test Ayyoob (peace be upon him)

He was tested with waswas, his wealth, his health and his family until he was left with absolutely nothing and he still remained praising and thanking Allah Azzawajal, and then Ayyoob (peace be upon him) made dua:

“And [mention] Job, when he called to his Lord, “Indeed, adversity has touched me, and You are the most merciful of the merciful.

So We responded to him and removed what afflicted him of adversity. And We gave him [back] his family and the like thereof with them as mercy from Us and a reminder for the worshippers [of Allah].” 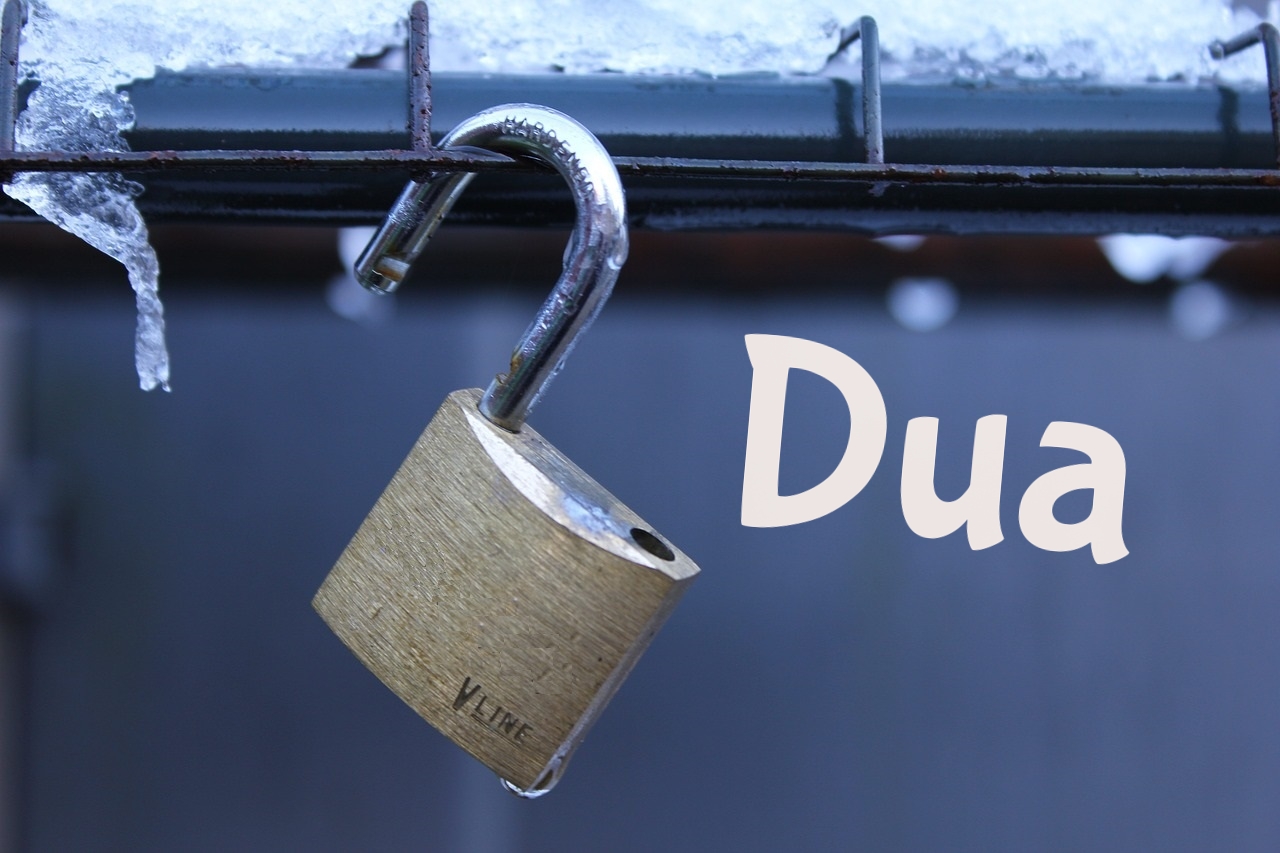 Another powerful dua which covers many different problems is the dua narrated in Saheeh al-Bukhaari (6369) from the hadith of Anas ibn Maalik (may Allah be pleased with him) who said:

The Prophet (blessings and peace of Allah be upon him) used to say: “Allaahumma inni a’oodhu bika min al-hammi wa’l-hazani wa’l-‘ajzi wa’l-kasali wa’l-jubni wa’l-bukhli wa dal‘ il-dayn wa ghalabat al-rijaal (O Allah, I seek refuge with You from worry, grief, incapacity, laziness, cowardice, miserliness, the heavy burden of debt and from being overcome by men).”

“And seek help in patience and As-Salaah (the prayer) and truly, it is extremely heavy and hard except for Al-Khaashi‘oon [i.e. the true believers in Allaah — those who obey Allaah with full submission, fear much from His punishment, and believe in His Promise (Paradise) and in His Warnings (Hell)]” (Al-Baqarah 2:45)

Be patient like Ayyoob (peace be upon him) was patient, be patient in avoiding harem, and be patient with what Allah has decreed for you because you don’t know perhaps Allah Azzawajal has decreed something that is better for you.  It was narrated from Ibn ‘Abbaas that a black woman came to the Prophet (peace and blessings of Allaah be upon him) and said:

So, remain patient with what Allah decrees, do everything you are able to, having Tawakkul, take the means, every road, every avenue, every possible way that is halal for you, and with what you can’t control put your trust in Allah Subhanahu Wa Ta’ala.

Allah, may He be exalted, says (interpretation of the meaning):

These points that have been mentioned require two things.  All of them require knowledge and they require acting upon that knowledge.

Make a serious intention in your life, that from this moment on the way you are going to get out of this problem is through getting knowledge but be careful because a group of people get knowledge but don’t do anything with it.

These points that have been mentioned can be used for marital problems, problems with kids, looking for a job, curing an illness, and many other problems can be cured by acting upon these points because these points are suitable for every single problem that anyone gets themselves into, ever. 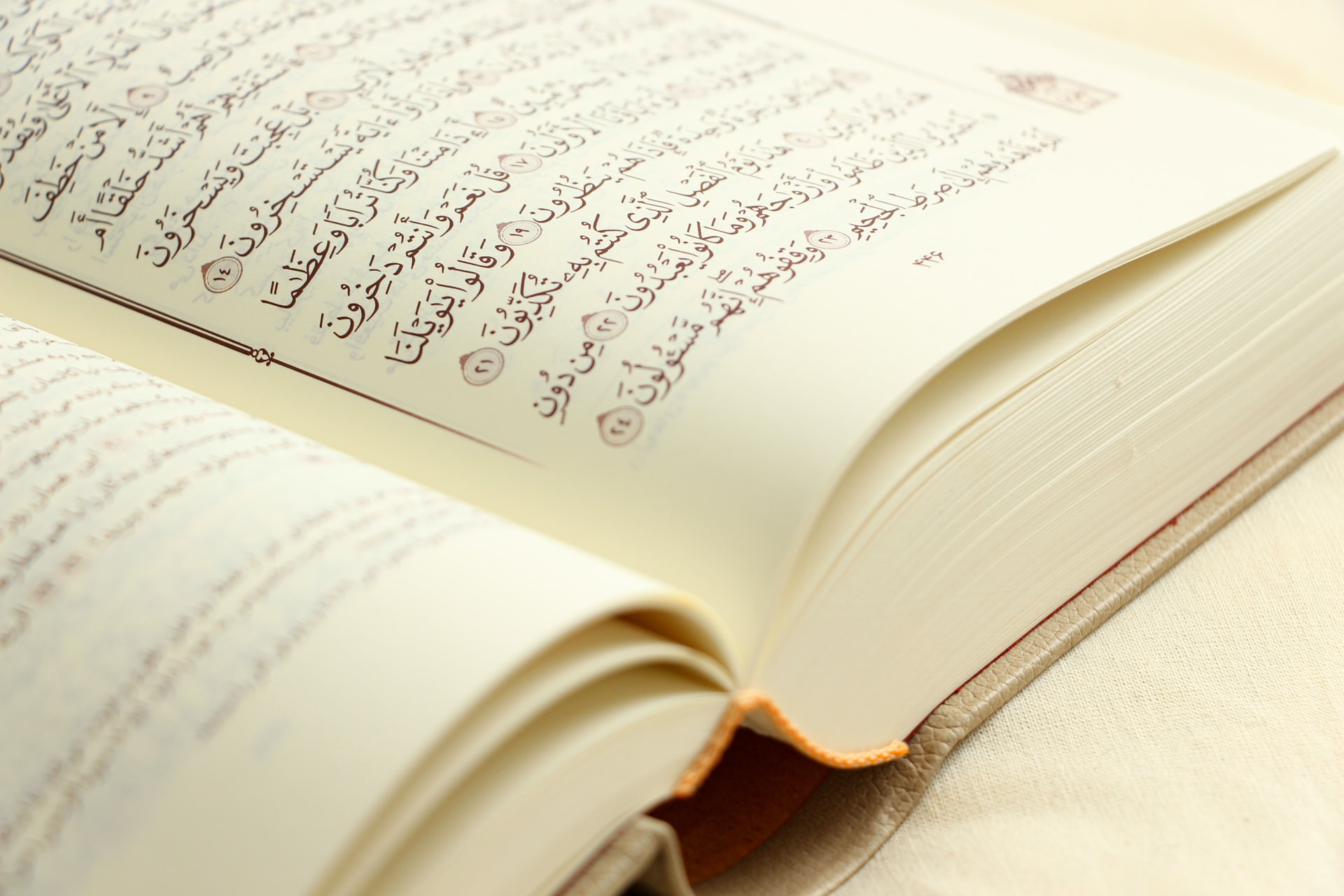 “Or think you that you will enter Paradise without such (trials) as came to those who passed away before you? They were afflicted with severe poverty and ailments and were so shaken that even the Messenger and those who believed along with him said, ‘When (will come) the Help of Allah?’ Yes! Certainly, the Help of Allah is near!”

“Allah has promised those among you who believe, and do righteous good deeds, that He will certainly grant them succession to (the present rulers) in the earth, as He granted it to those before them, and that He will grant them the authority to practise their religion, that which He has chosen for them (i.e. Islam). And He will surely give them in exchange a safe security after their fear (provided) they (believers) worship Me and do not associate anything (in worship) with Me. But whoever disbelieved after this, they are the Fasiqoon (rebellious, disobedient to Allah).

And perform As-Salat (Iqamat as-Salat), and give Zakat and obey the Messenger (Muhammad SAW) that you may receive mercy (from Allah)”

This website uses cookies to improve your experience while you navigate through the website. Out of these, the cookies that are categorized as necessary are stored on your browser as they are essential for the working of basic functionalities of the website. We also use third-party cookies that help us analyze and understand how you use this website. These cookies will be stored in your browser only with your consent. You also have the option to opt-out of these cookies. But opting out of some of these cookies may affect your browsing experience.
Necessary Always Enabled
Necessary cookies are absolutely essential for the website to function properly. This category only includes cookies that ensures basic functionalities and security features of the website. These cookies do not store any personal information.
Non-necessary
Any cookies that may not be particularly necessary for the website to function and is used specifically to collect user personal data via analytics, ads, other embedded contents are termed as non-necessary cookies.
SAVE & ACCEPT